October is Breast Cancer Awareness Month. As awareness followed by action can make a world of difference to how we handle the condition if it affects us or other women in our life. An informative article on Getdoc demystifies the common myths associated with breast cancer.

“Breast cancer is the most common cancer among women. However most still find it difficult to distinguish between myths and facts of this disease. The good news is – it is never too late to learn what are facts and the myths of this common cancer.

Myth: I am free from breast cancer because I have no family history

Breast cancer has been mistaken as an inherited disease. However, only 5-10 % of such cancers are believed to be hereditary. True enough, the other 90 % are associated with lifestyle and environmental factors, including alcohol consumption, selected oral contraceptives, obesity after menopause and environmental toxins.

On the other hand, you should take family history of breast cancer seriously. Let your doctor know if there are breast cancer cases and/or other cancers among close relatives.

Myth: Wearing a bra can cause the disease

Bras provide mechanical support for women with large breasts. Rumour has it that the underwire in bras restrict the flow of lymph fluid out of the breast, resulting in the accumulation of toxins. Fortunately, a study involving 1500 women with breast cancer found no link between bra-wearing and breast cancer.

Myth: I am too young for breast cancer.

The hard truth is – breast cancer affects people of all ages. In 2017, around 4 % of invasive breast cancers were in women under age 40, in comparison to 23 % of women in their 50s and 27 % of women age 60 to 69. Breast cancer is even rarer among children and teenagers, with only one in a million female below the age of 20 developing breast cancer.

Breast cancer affects both gender, although it is 100 times rarer among men. Only less than 1 % of all cases were among men in the United States. It my be that breast cancer affects men less due to less developed breast tissue that is comparable to a pre-pubescent girl.  Nonetheless, a lump beneath the nipple or colour change in surrounding area should prompt for further investigations.

Antiperspirants contains aluminium to block sweat ducts from producing sweat. This metal was postulated to increase cancer risk when it is absorbed into lymph nodes and deposits at breast cells. On top of that, shaving the underarms was thought to create tiny nicks that allow more chemicals to enter the body. Since antiperspirants reduces sweating, another theory speculated that it may prevent the release of toxic substances from the underarm lymph nodes. Nevertheless, no scientific evidence link the use of these products with the development of breast cancer.

Myth: Having breast lumps means I have breast cancer.

Most breast lumps are non-cancerous. Benign fibrocystic condition is common among women from 20 years of age until menopause. Regardless, get a doctor to check all the lumps. Signs indicative of cancer include textural skin changes, nipple discharge, temperature difference between breasts, breast shape or size changes, or upper back pain.

Mammography remain as the gold standard for screening. However, the test may report false-negative result, resulting in under diagnosing of one in five cases. This error is more common among those with dense breast tissue, especially among younger women. Therefore, in addition, it is best that regular screening includes monthly breast self-examinations and annual physical examination at the clinic.

Myth: The treatment is the same for all breast cancer.

Most people vaguely know that breast cancer treatment requires a combination of surgery, radiation therapy or chemotherapy. The treatment varies from one individual to another, as tailored to the patient’s needs. Simply put, some factors that affect treatment choice include the location and severity of cancer, as well as patient’s preferences.

Myth: I will lose my breasts to breast cancer.

Contrary to common belief, mastectomy is not as common among patients. Doctors often explore radiation therapy or other procedures before considering mastectomy. Depending on the extent of tumour, partial mastectomy may be all it takes to remove the cancerous tissue. Besides that, even with complete mastectomy, it is possible to undergo surgical reconstruction of the breast.

To summarize, breast cancer is a common disease that remains widely misunderstood. So the correct information empowers everyone to take charge of their health accordingly. If in doubt, always consult a doctor.”

Linkedin
Bond with your Family this October with Family Friendly Events!
Rockabye-bye Baby! Dealing with Separation Anxiety in Infants 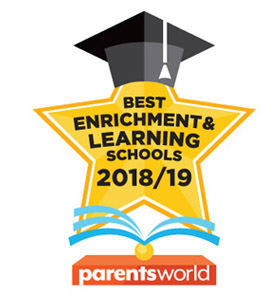 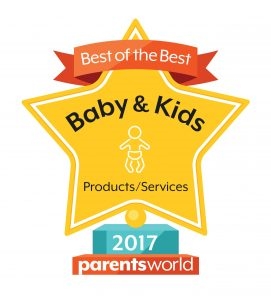