Home » My blog page » Is Unfettered Screen Time, the New Candy Offered by Grandparents to Grandchildren under their Care? 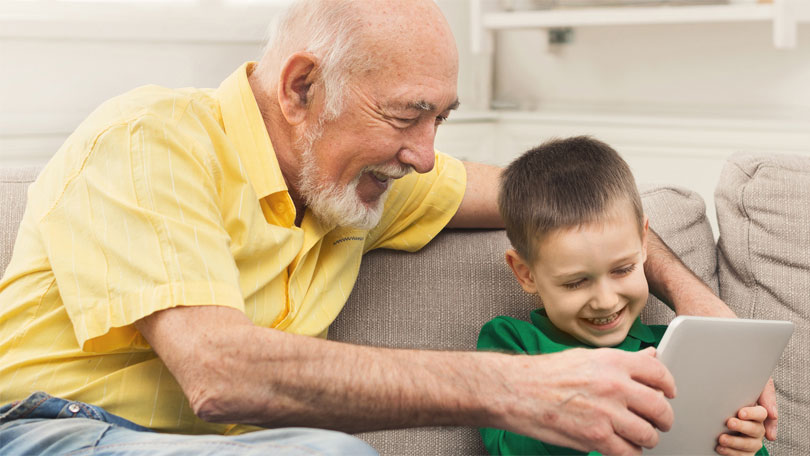 In her article “Too Much Screen Time for the Kids? Grandparents May Also Be Complicit”, Megan Schumann of the Rutgers University says, “Grandparents have long been associated with letting their grandchildren do things their parents would never permit. Candy. Extended bedtime. Too much television. Carefree fun. They like to spoil their grandchildren.”

The article is based on research findings by Rutgers and other researchers on how grandparents in this digital age are partly responsible for too much screen time by grandchildren under their care. The study, published in the Journal of Children and Media is based on findings by Israeli researchers, Galit Nimrod & Dafna Lemish, who reviewed the experiences of grandparents of children aged 2 to 7 years, who take care of their grandchildren at least once per week.

The study found that during an average four-hour visit, the children spent two hours either watching videos or playing games on electronic devices. Some other interesting findings were:

The study suggests that grandparents should restrict media use by setting simple rules for screen time when babysitting. Study co-author Dafna Lemish, said “Grandparents play a very significant role in raising their grandchildren. We need to educate them about the impact of media on children’s lives and on proper use that will benefit the wellbeing of their grandchildren,”

The study offered the following recommendations:

Is this a Global Phenomenon?

Though this study is primarily based in Israel, the researchers claim the findings are universally true.

Most children have their own smart devices these days or have access to devices owned by their parents. Laptops, TV, iPads and game consoles are the new baby sitters. It is obviously easier for grandparents to manage children glued to the screen than to run behind them in a park.

The study also comes at a time when out of the world’s 7.6 billion people, a record-breaking 1.4 billion are grandparents.

Due to the high living costs in cities like Singapore, parents are relying increasingly on their own parents for childcare support. Additionally, higher life expectancy and better health is allowing a large number of older people to be available to help. The grandparents are thus playing a vital role in bringing up of children, lending their support to working couples and single parent families, allowing the younger gen to freely focus on career and income generation.

A 2005 survey from Singapore children’s society has shown that 40% of children in Singapore from birth to three years old are cared for by their grandparents. . In a recent survey, it was observed that about 2 per cent of children in the US are raised by grandparents with no parent living in the home.

While children learn about their culture and tradition from grandparents and enjoy a great deal of affection from them; grandparents are known to spoil the kids and override rules of discipline made by parents. Unfettered screen time is now the new candy doled out by doting grandparents to children under their care, much to the discomfiture of the parents.