Hong Kong Disneyland (HKDL) officially opened the highly ant-icipated Marvel-themed attraction Ant-Man and The Wasp: Nano Battle on 31 March!
Ant-Man and The Wasp: Nano Battle! is the second Marvel-themed attraction at HKDL, making the park an ultimate hub for Marvel Super Hero action in the region. It is also the first Marvel attraction in a Disney Park to feature a female Super Hero as a title character. Girl Power!
Go all-in fighting alongside Ant-Man and The Wasp as they are shrunk down to the size of an ant! Join Leslie Lam, the first Hong Kong-specific Marvel character to battle against the evil artificial intelligence Arnim Zola and his army of Swarmbots.
Leslie, a Hong Kong native, is the Chief Engineer of the S.H.I.E.L.D. Science and Technology Pavilion who oversees all of the pavilion’s research and development. She trains guests to use state-of-the-art EMP Blasters as well as provide important information throughout the battle. Leslie is played by Jessica Hsuan (宣萱) who is the first Hong Kong artiste to play a Marvel character. 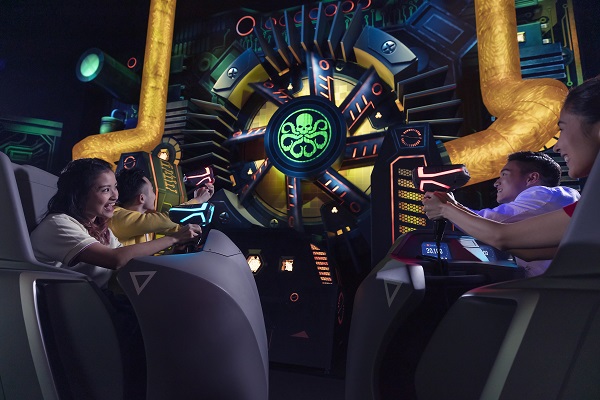 Ant-Man and The Wasp: Nano Battle! is a one-of-a-kind interactive adventure that promises fun and exciting elements like cinematic-quality show elements and design and state-of-the-art gaming system.
For example, the Secure Storage Vault for Alien & Weapon Technology inside the S.H.I.E.L.D. pavilion showcases 14 types of artefacts and research items from Marvel movies, TV shows and comics. Some of these are unique and exclusively exhibited at HKDL.
There are also 150 targets, shown in many different shapes and sizes, that provide guests with different levels of gaming challenge. Scores are awarded based on the number of target hits and the size of those targets. The smaller the target, the more it is worth. Extra scores can be earned for finding secret combos and special sequences.
Using their EMP Blasters, guests should try to shoot and disable as many Swarmbots as possible to help Ant-Man and The Wasp defeat Zola. They can also compete with their family and friends to see who can earn the highest score!
After you exit the Ant-Man and The Wasp: Nano Battle! Station, make sure you visit the two merchandise shops with exclusive merchandise, food and beverage options, and the Iron Man Heroic Encounter.
Other highlights include:
• Park admission tickets featuring a new design celebrating Ant-Man and The Wasp
• Around 40 new and exclusive Ant-Man and The Wasp: Nano Battle merchandise
• Meals inspired by the Marvel movie at the Starliner Diner
• During HKDL’s spring seasonal event “Carnivale of Stars”, uncover Marvel-themed character eggs scattered around the park, including Iron Man, Ant-Man, Spider-Man, Black Panther and new character eggs based on The Wasp and Captain Marvel. 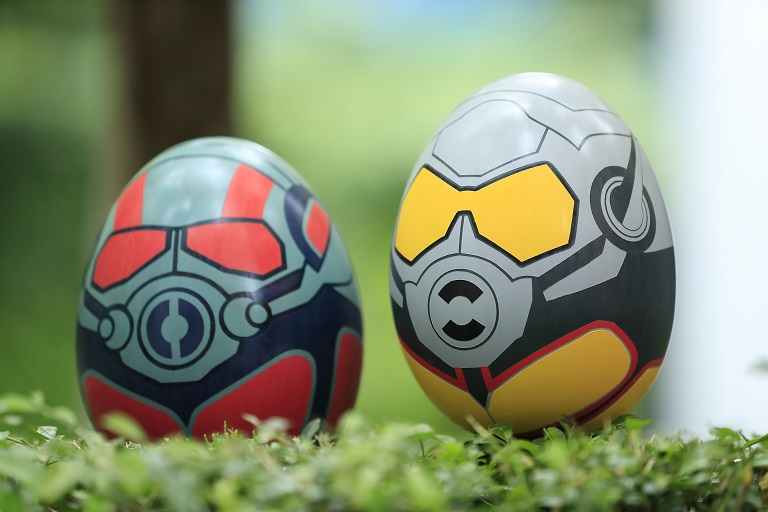 Ant-Man and The Wasp: Nano Battle! continues HKDL’s Marvel story that began with Iron Man Experience. Guests will join a critical mission to defend Hong Kong against Hydra’s attack as the evil artificial intelligence Arnim Zola attempts to steal the Data Core containing highly confidential information.
While Iron Man is busy fighting the Hydra-bots at Stark Tower, he calls upon Ant-Man and The Wasp to help protect the S.H.I.E.L.D. Pavilion, because only they have the ability to shrink down between the Swarmbots’ tough armor and destroy them from the inside. But with thousands of Swarmbots and only two of them, Ant-Man and The Wasp need guests to jump into action!
Ant-Man and The Wasp: Nano Battle! is an important milestone for HKDL’s multi-year expansion. The third Marvel-themed attraction is currently in the works as HKDL continues to expand into an ultimate hub for Marvel Super Hero action in the region.
To learn more, please visit https://www.hongkongdisneyland.com.