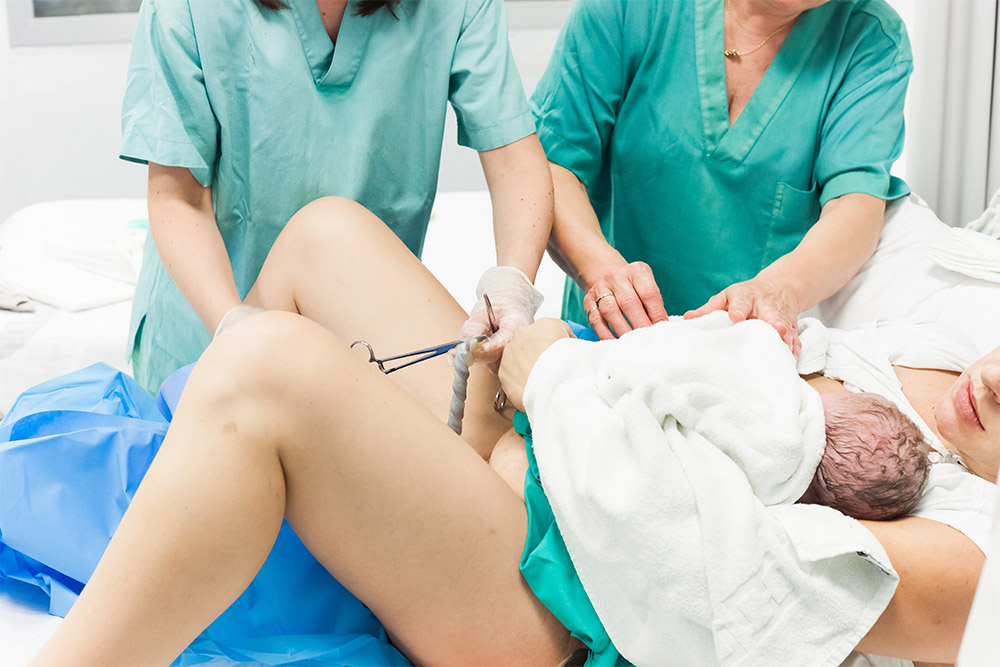 What is Vaginal Birth After Cesarean (VBAC)?

If you have had a cesarean delivery (also called a C-section) before, you may be able to deliver your next baby vaginally. This is called vaginal birth after cesarean, or VBAC. Most women, whether they deliver vaginally or by C-section , don’t have serious problems from childbirth.

Having a vaginal birth after having a C-section can be a safe choice for most women. Whether it is right for you depends on several things, including why you had a C-section before and how many C-sections you’ve had. You and your doctor can talk about your risk for having problems during a trial of labor.
If you and your doctor agree to try a VBAC, you will have what is called a “trial of labor after cesarean,” or TOLAC. This means that you plan to go into labor with the goal to deliver vaginally. But as in any labor, it is hard to know if a VBAC will work. You still may need a C-section. As many as 4 out of 10 women who have a trial of labor need to have a C-section.

Are You Suitable for VBAC?

According to the American College of Obstetricians and Gynecologists, you’re a good candidate for a vaginal birth after a c-section if you meet all the following criteria:

What Makes You Not Suitable for VBAC?

The most serious risk of a trial of labor is that a C-section scar could come open during labor. This is very rare. But when it does happen, it can be very serious for both the mother and the baby. The risk that a scar will tear open is very low during VBAC when you have just one low cesarean scar and your labor is not started with medicine. This risk is why VBAC is often only offered by hospitals that can do a rapid emergency C-section.