Lamar Austin, a father of four in Concord, New Hampshire, United States, said he was fired on New Year’s Day for missing work to witness the birth of his son. The 30-year-old military veteran told the local paper Concord Monitor he had been one month into a 90-day contract as a part-time security guard with Salerno Protective Services. Austin said the company told him they were looking for “dependable people,” and that he would have to be on call 24/7. 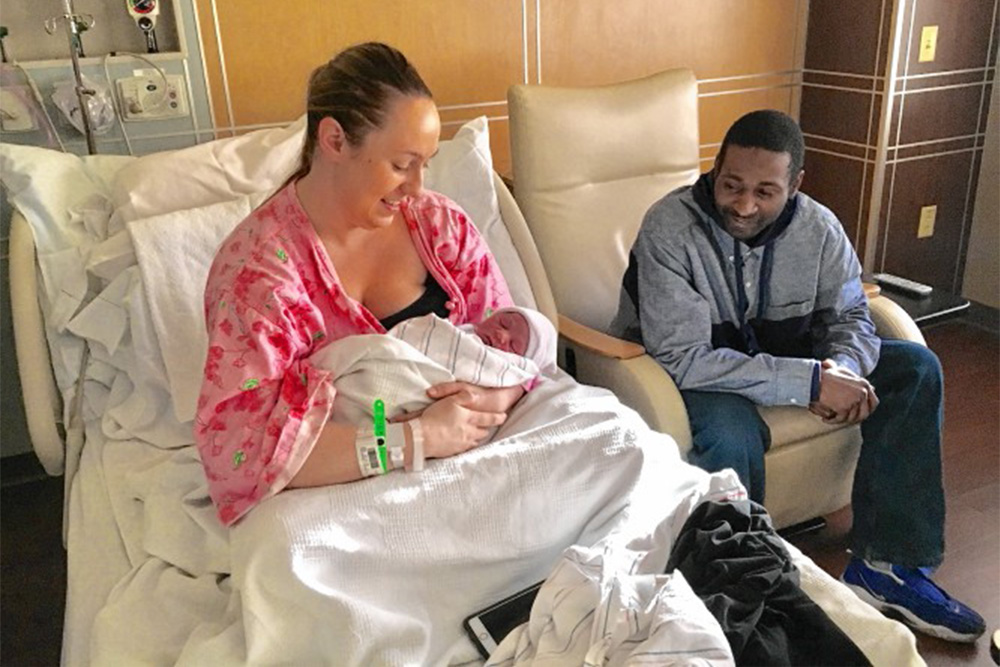 On Dec. 28, another employee canceled due to a snowstorm. Austin was asked to cover the shift, but couldn’t because his pregnant wife, Lindsay, was due to give birth in three days and he had to take her to a doctor appointment. Austin was scheduled to work the following Friday and Saturday, but then his wife went into labor. He told his boss he would not be able to come in.

“The second day I told my boss, ‘My wife is still in labor,’ and he just said, ‘You’re forcing my hand, if you aren’t in work by 8:00 tomorrow we are going to terminate you.’”

Austin decided that, no matter what, he would not miss the birth of his son.
“I thought, ‘Family comes before anything else,’ ” he said. “I’m not going to turn my back on them for a job.”
On New Year’s Day, at 1a.m., Austin got a text message that his employment had been “terminated.”

“I just responded ‘ok,’” he said. “I was in the hospital, it was a long night, and I wasn’t trying to argue with nobody about a job while my wife was in labor.”

His son, Cainan, was born just a few hours later. He was the first baby of 2017 born in Concord. 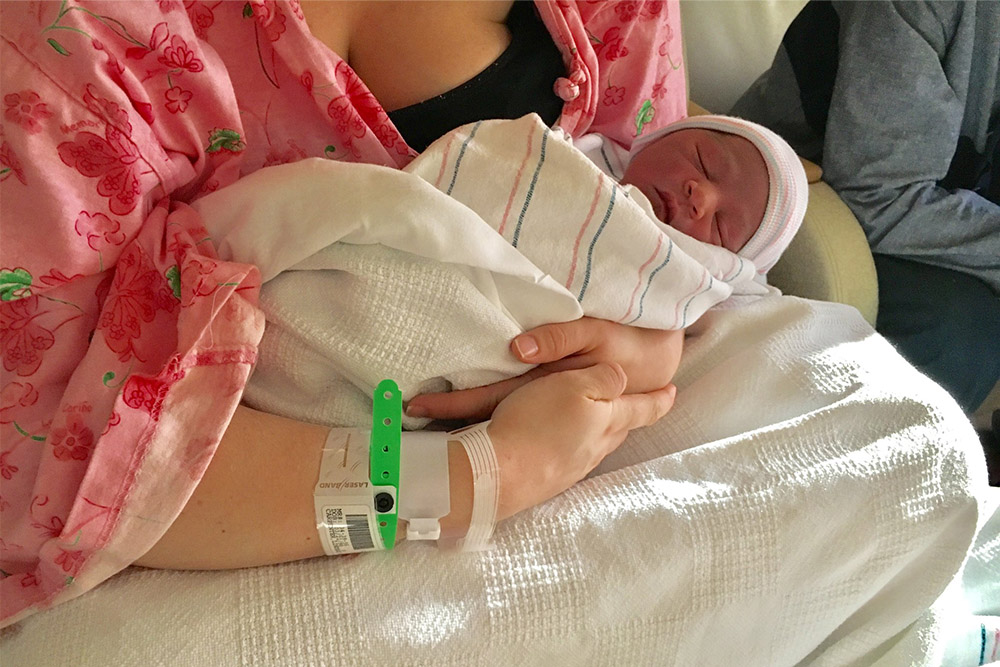 There’s been an outpouring of support for the family, with people raising thousands for them on GoFundMe.

The GoFundMe campaign founder, Sara Pereschino, does not know the family personally, but spoke with Austin before starting the initiative.

“I have a 3-year-old and a 3-month-old and not only was my husband able to be there for both births, he had time home with me and the girls after. I can’t imagine having to choose between seeing your son born and keeping your job. If we’re really going to do right by our working families, companies and governments need to step up to institute policies like paid family leave,” she said.

Austin has also received at least three job offers from people who read about his story. Denis Beaudoin, the business manager from Concord’s International Brotherhood of Electrical Workers, encouraged Austin to apply for an electrical work apprenticeship.
“I know how valuable family time is, and if you’re a union member we incorporate that, we understand that, and we don’t penalize you for that,” Beaudoin told the Concord Monitor.
Austin was also offered an apprenticeship by a union president, and the branch manager of the Adecco staffing agency offered help finding work.

In a statement to BuzzFeed News, a rep for Salerno Protective Services denied that Austin’s termination had “anything to due with his child’s birth.”

The rep said he congratulated Austin and offered “reinstatement if he would agree to more training and put forth an effort to correct some things,” but that Austin declined.

“The timing of the termination was poor on my part but it was necessary for operation purposes,” he said. “Salerno will be looking into revamping it’s termination policies to avoid such misunderstandings in the future.”

Though losing his job hasn’t been easy, Austin said it was worth it. “It was hard, but if I have to choose between work and family, I’m always going to pick my family. Sometimes you lose something and you get something even better,” he said.

This story is retold from Buzzfeed News