Does the idea of living with in-laws scare you? We are here to break the myths about sharing the same roof with your ‘other’ family.

People choose to live with their in-laws because they have no money.

This is one of the preconception people have when they hear of married couples not getting a BTO or their own place. Although the cost of housing is expensive in Singapore, the reason for people to move in with their in-laws is not entirely because they are short of cash. 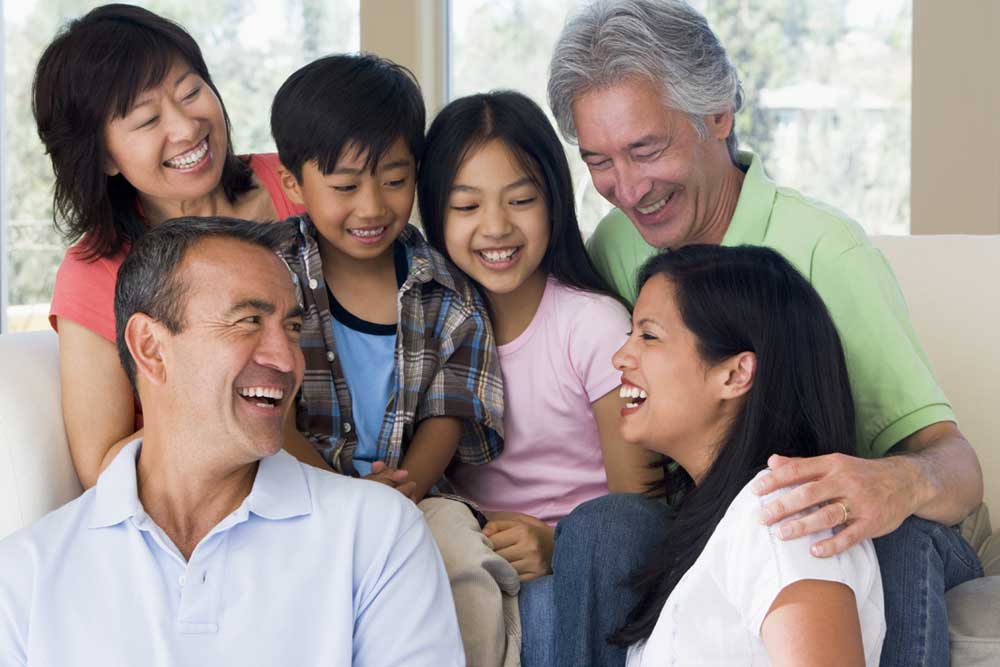 The most commonly cited reason for people to move in with their in-laws is the need to have somebody to take care of their children. Of course there are infant care and childcare centres around but most people would first consider asking their retired parents to help with babysitting before seeking alternatives. Also, not everyone has jobs with fixed working hours. Therefore, infant care or childcare centres may not work out for some parents. In some families, the elderly may require somebody to take care of them. Some people move in with their in-laws just so it would be easier to manage both the old and the young.
In our interview with mothers who are living with their in-laws, they have a unified opinion that it is a blessing to live with their in-laws. Having their in-laws take care of their children full-time takes a load off their backs especially since they are working mothers. Nelly, mother of 2, also said that living with her in-laws does not mean that she has no money. In fact, she and her husband have a bigger budget to splurge on their kids.

Living with your in-laws will lead to resentment and unhappiness because there will be many conflicts.

Conflicts happen anywhere as long as people exist. In fact, you would be surprised that some people do not experience any conflicts with their parents-in-law at all. Similar to any other types of relationships, conflicts can be avoided or resolved via communication and compromises. You may not like it when your mother-in-law makes the soup that you dislike or disapprove of your father-in-law taking your child down to the playground before he finishes his homework, but such disagreements can be talked out. If you don’t make it clear that you do not like what they are doing, they would continue doing them and resentment is only going to build up in you.
If you are not comfortable with speaking out your disagreements with your in-laws, share it with your other half and ask him to voice it out to his parents on your behalf. He would know better about speaking to his parents and you can learn from there. Evelyn, who has been staying with her in-laws for the past seven years, says that at the end of the day, the best way to resolve is to talk about things and move on like mature adults.

Many people assume that staying with their in-laws means that they have no privacy. Mei Yin, who has been staying with her in-laws for eight years, says that having two kids already take away a lot of privacy. If you and your partner have your own room in your in-law’s house, you don’t actually lose all your privacy. Most people feel intruded because their parents-in-law may enter the room without knocking or use the bathroom without closing the door. Habits and family culture are different across families. You may enjoy laying on the couch in your own home and you are definitely going to feel annoyed that you can’t do that at your in-law’s place. Similarly, your in-laws will need time to adapt to changes like the need to knock on doors and closing them when they are using the loo.

Your in-laws are going to tell you what is the right thing to do.

Don’t the elderly just love to tell the younger generation what to do? It may be frustrating but if you have lived for over 60 years, chances are you are going to tell a 30 year old that water boils faster if you throw some salt in it. Some of the advices may be irrelevant or obsolete but you need to remember that they are also the people who have more time to read up on new information. Don’t dismiss them as old-fashioned or conservative, you might be surprised by what they know.
Eunice shares that her father-in-law whom she has been living with for three years, reads up on many health articles and shares the knowledge with her. She adds that, “having an elder at home is akin to having a treasure with you.”
Also, not all mother-in-laws are horrible old ladies that nit-pick on their daughter-in-laws.

There will always be a lack of space.

Space can be an issue when three generations are living together, and especially if the family is big. You might not be able to do anything about the space constraints but you can change your lifestyle to accommodate. For example, don’t stock up your baby’s diapers in bulk if you know that storage space is a problem. Ask for your in-law’s permission to clear old items to free up some space. The fastest way to start a conflict is to thrash things out at your own will or stuffing an occupied cupboard with your things. If you break or spoil something, take responsibility and offer to fix it or pay for it.
The most effective way to reduce the conflicts and live harmoniously with your in-laws is to always put yourself in the position of the other party and be tolerant if they are inconsiderate.
To read more about what mothers have to say about living with their in-laws, subscribe to the latest issue of Parents World.