Home » My blog page » Identifying the type of cough is the first step to fighting it.

Understanding the criticality of disregarding symptoms to paediatric illnesses, we examine and demystify the presumption that coughs are no more the irritation that they are. 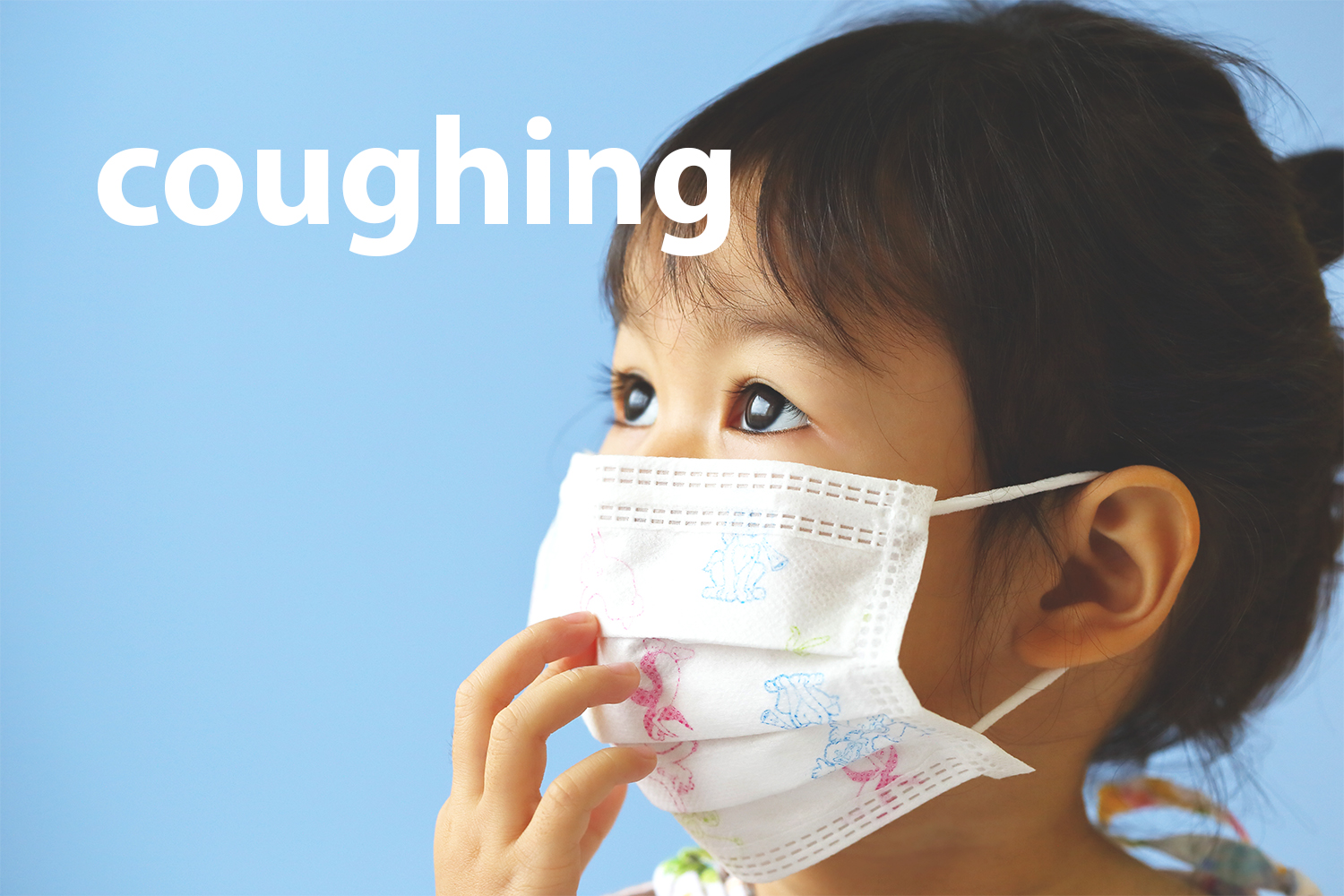 The simple expulsion of air through a cough is ostensibly the child’s easiest way of expressing body peeves. In this gauge, myriad parents perpetuate the mistake of forgetting that coughs are a symptom to underlying diseases, and are not diseases in and of themselves. Putting this into perspective, it is vital that parents also understand that diseases require growth, and a conspicuously harmless cough could just be collateral damage in the entirety.
Although by large, prevention is superior to cure. But even then, there are plenty of measures to stop the progress of diseases the moment their symptoms manifest. In this article, we want to draw attention to the dangers of ignoring a cough, to identify what they might mean and the corresponding counteractive measures.

Indication
Inflammation first progresses onto the airways, triggering wheezing and rattling that culminate into dry, raspy coughs. These symptoms are usually paired with tightness and discomfort in the chest area, breathing difficulties, lethargy, and fatigue.
Asthma-induced coughs almost always deteriorate at night or under heavy breathing conditions such as exercise.
Treatment
Typically, Asthma is combatted with inhalers. If that is not convenient, stock up on bronchodilators (medicine that allow easier breathing).
Prevention
When asthma flares, hyperventilation follows, which requires immediate reversal to bring breathing rate back to normal. Folks in the know and health experts will advise with The Buteyko Method, the most effective method to managing breathing problems without medicine or therapy. Though by itself not technically a medical treatment, The Buteyko Method provides almost immediate relief consistently, and does not require setting time aside for special exercises. The Method itself is a series of scientific concepts that incorporates breathing methods into the daily lives to retrain the way the body breathes to regulate abnormal breathing patterns — so even if it not for immediate relief, it can also be practiced for long term benefits.
To note: Maintaining sufficient Vitamin D levels in the body helps to ease the inflammation in the airways.

PNEUMONIA
Indication
Detection requires observation in its frontal stage, foretold by initial dry coughs turned wet with mucus. Pneumonia left unchecked brings on an onslaught of feverish chills, high fevers, and painful breathing.
Treatment
The only recourse to treating Pneumonia is a visit to the doctor’s to discern if it is bacterial or viral, where the former is treated with antibiotics, and the latter is plenty of rest and hydration.
Prevention
Pneumococcal vaccines are your best shot at preventing Pneumonia. Should vaccines be out of the question, consider a heightened sense of hygiene and to veer away from cigarettes.

ACUTE CHRONIC BRONCHITIS
INDICATION CHRONIC HACKING COUGH
Coughs are persistent and painful, usually emitting mucus. Chronic Obstructive Pulmonary Diseases, such as bronchitis, are commonly inflicted by prolonged exposure to secondhand smoke, and are capable of damaging the breathing abilities of children.
Treatment
Bronchitis is detected with lung function tests, and treated with powerful bronchodilators and inhaled steroids. Exposure to cigarettes and/or secondhand smoke is to be stopped immediately.
Prevention
As aforementioned, stopping exposure to smoke or secondhand smoke is critical to treating and an almost mandatory way of preventing Bronchitis.

Pertussis (Whooping Cough)
Indication
Severe, hacking, and punishing coughs are chained back-to-back, and when the child finally gets to breathe, it will be difficult and accompanied with a pain.

The sinister danger of Pertussis lies with sharing its symptoms with the common cold, only to emerge as drastic hacking after a week or so.
Treatment
Pertussis is diagnosed with blood tests and an X-ray on the chest. Treatment is a stringent routine of Antibiotics, with plenty of hydration and rest.
Prevention
As aforementioned, stopping exposure to smoke or secondhand smoke is critical to treating and an almost mandatory way of preventing Bronchitis.