Home » My blog page » We speak to three very different Singaporean mothers about their breastfeeding journey.

Every phase of the breastfeeding journey is different, and even vastly more so from other people. How then, do we get a good gauge of what’s right for us? 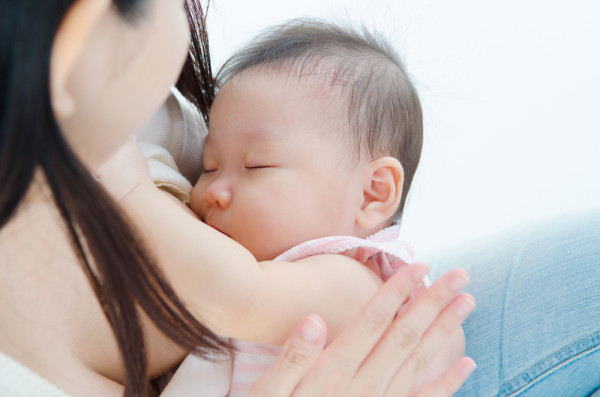 Each breastfeeding journey is different from the next and how long we travel on the journey is entirely up to us. Although it is often unspoken, breastfeeding can leave new mums feeling alone, uneasy and anxious, but, in contrast, it will also make you feel an explosion of passion, joy, love and well, pretty heroic too.
Sometimes just hearing the experience of others can help to settle our fears and give us the strength we need to carry on or make the next move. So, we spoke to three Singapore mums* at different stages in their breastfeeding journey to find out more about this very personal topic.

Breastfeeding forum
PW: How important was breastfeeding to you at the start of your pregnancy? Did this change once you had given birth?
P: I wasn’t too hung up about it  before or after giving birth.
SH: Very Important as it keeps the bond close between baby and mum. I have always believed that breast is best and it gives the best nutrients, to build up my sons’ immune system. Yes, it has changed me, I no longer put myself before others,  the sacrifices I made which included sleep deprivation, my daily caffeine doses and yet I do not complain!
K: It was hugely important for me, I wanted to give my baby the best start in life. But I wasn’t really prepared for the experience at all.
PW: Did you feel pressured by peers/family/the media to breastfeed?
P:Yes, to some extent. I kept hearing and being told ‘breast is best’ – although personally I’m not completely convinced. What if the mother has a crappy diet?
SH: I felt pressured when I had difficulty breastfeeding my 1st born as the milk flow was extremely slow and they say baby boys tend to feed more than girls so I was self pressured to ensure that my baby had food. With my second baby, I had no problems.
K: Absolutely, I was so worried about producing enough milk that I think this actually affected my supply! I was constantly in tears with my 1st to the point of exhaustion. My 2nd I was much more relaxed because I knew to be patient and let nature take its course.
Read more: Top 5 breastfeeding myths debunked
PW: Some say the hardest part of breastfeeding is during the first two weeks after giving birth? What was the experience like for you then and after?
P: It was easy for me both times so I didn’t have any struggles about whether to cave in and start formula feeding. With Ahn, I was constantly anxious about whether I had enough milk, and whether she was suffering from breastmilk jaundice etc, so it was pretty stressful. By the time #2 came around, I was much much more relaxed and was able to enjoy nursing without feeling at all stressed.
SH: It was tiring as baby boys tend to feel hungry more often. I felt like a milking cow 24/7. I could not even sit through a decent meal. I was thankful to have had tips from friends on places to breastfeed in public so whenever Im out of the house with my son, I will be hanging out at those places. I had also received a huge breastfeeding shawl, which doubles up as a pram blanket, so I was comfortable wearing whatever I wore and just used the shawl when I had to breastfeed.
K: Honestly, for me it was a real struggle. With my 1st baby, I started off exclusively breastfeeding but by day 3 I had sent hubby to the shop to get some formula for a top-up. He was losing weight and was a small baby and I just felt much more content knowing he was getting enough food. For me, it was a psychological thing. The better I felt about his tummy being full, the more relaxed I became as a mother. I combi-fed for 8 weeks and then made the decision to go fully on to formula.
My 2nd baby was much easier. While I still had supply issues for the first few days, I was more relaxed in my approach and eventually we settled in to a breastfeeding routine until he was about 5 and a half months old. He still had one bottle on most days so my husband could feed him. This worked so well for us as a family.

Read more: Strength of a woman, full interview with Joanne Peh
PW: How long did you breastfeed for?
P: With my first I continued until I decided I was tired of being the only one able to feed her. She hated the bottle. So I went cold turkey and cut her off at 7.5 months. The second one is almost 18months and still nursing. She just won’t be weaned – I need help!
SH: For my 1st son, I breastfed him till 8 months after which I expressed the milk into the bottle. For my 2nd son, I breastfed him till he was 15months.
K: My first son, I combi-fed for 8 weeks. My second until 5 and a half months.
PW: Looking back, would you do anything differently?
P: Well I think I would have continued nursing #1 for a few more months. She sees me nursing #2 and when I ask her if she’d like some, she always makes a face and gives me a vehement ‘no’!
SH: I would have wanted to breastfeed my elder son for a longer time.
K: Not really, other than reassuring myself that it is ok to formula feed if you want to. I did want to feed both my babies until they were 1 year old, as my mother had with me. But, it just didn’t turn out like that. My boys are healthy and happy and that is all that matters to me.
Read more: Help! My baby doesn’t want to breastfeed
PW: What is your one piece of breastfeeding advice for new mums?
P: I guess it would be ‘don’t sweat it’. Breastfeeding is not the end-all and be-all of being a mom.
SH: Never give up! The milk will come.
K: Be nice to yourself, a bottle every now and again will not affect your supply. If it gives you a break, use it, recharge and start again. Your baby and family will thank you for it.
*Names changed on request